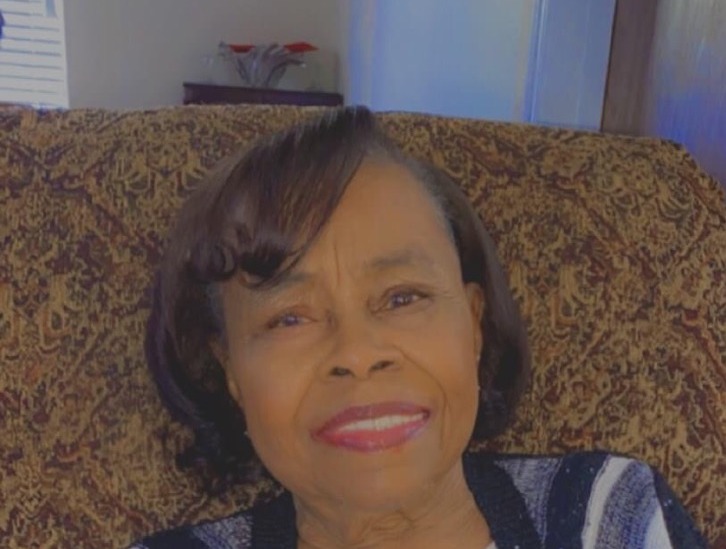 “Her children rise up and call her blessed (happy, prosperous, to be admired)…”   Proverbs 31:28

Dorothy Marie Brown’s life began November 1, 1934, in Walker, LA, when she was born to the parentage of Granville and Edna Johnson.  She transitioned from her earthly life to her heavenly home on July 11, 2022, at age 87, at the home of her eldest daughter, Tammy and her husband Glen Payton.
Dorothy ‘s Christian life started when she was baptized at an early age by Rev. Mitchell Williams, then pastor of the Greater St. Mark Baptist Church.  She would later become a dedicated member of the Adult Choir and a Christian educator, serving faithfully as a Sunday School and Vacation Bible School teacher, and a member of the church’s Education Board. Dorothy remained a member of Greater St. Mark Baptist Church until her death.
Dorothy was a graduate of Booker T. Washington High School in New Orleans, LA.  She continued her education at Southern University in Baton Rouge, where she earned her Bachelor’s, Master’s, and Plus 30 degrees in Elementary Education.  She was a dedicated and much admired teacher at Walker Elementary School, touching and impacting the lives of many students.  Dorothy retired from the Livingston Parish School System on May 29, 1993, after 25 years of service.
On December 23, 1960, Dorothy was united in marriage to the late Melvin Edward Brown.  Three daughters were born during their 54-year union.  Being a godly example and commitment to family were very important values she imparted to her children and grandchildren.
Dorothy is survived by her devoted daughters and their spouses, Tammy and Arthur G. Payton, Charmagne and Michael D. Scott, and Lisa and Joseph Harris, Jr.; four grand-daughters whom she adored, Autumn Payton, Farrah Johnson, Addeley and Ashley Harris; one great-grandson who brought her so much joy, Ayden Edward Warner; four sisters, Geraldine (and husband Richard) Lockhart, Nora L. Perkins, Irene Johnson, and Joyce Washington; two brothers in law, Willie M. (and wife Irmgard) Turner, Jr. and Virgil L. (and wife Lorene) Turner; six sisters in law, Joyce Turner, Helen Turner, Ella M. Turner, Rosemary Richard, Shelia Williams, and Susie Slan; two god-children, Sherry Mitchell and Arthur Perkins, Jr.; and a host of nieces, nephews, cousins, friends, and her Greater St. Mark Church family.
She is preceded in death by her parents, Granville and Edna Johnson;  husband, Melvin E. Brown,  three brothers, Allen, Edward, and Robert Johnson; and five sisters, Earnestine Williams, Viola Gilmore, Isabel Scott, Margaret Glenn, and Edna Williams.