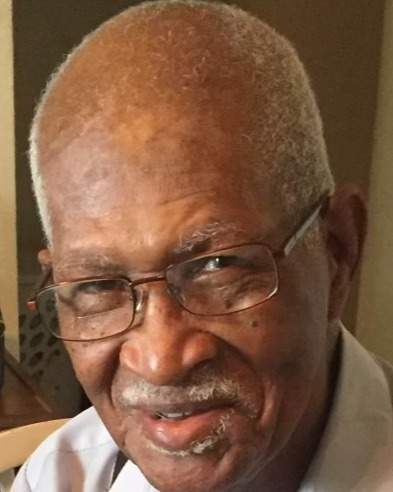 Matthew 12:35 A good man out of the good treasure of the heart bringeth forth good things

James Harris Dabon, Sr. entered peacefully into eternal rest at his home on September 3, 2022, at the age of 88.  He was preceded in death by his wife, Juliette King Dabon, his parents, Archbishop Henry Dabon, Jr. and Bishop Gladys Smith Dabon, a stepdaughter, Rosie Certain, two brothers, Samuel Dabon and Henry Dabon, III, a niece, Connie Gaspard.  He was educated in the Orleans Parish School System and employed by Don Seafood Co. He was baptized at Asia BC by the late Rev. Edward Madison at the age of nine and remained in that church until he became a member of Faith Temple Church of God.  He was ordained as a Minister and served as an Elder and the Head Deacon of Faith Temple until he evacuated to Houston, TX due to Hurricane Katrina. In Houston, he served as Head Deacon of God's Anointed House of Praise and Deliverance, pastored by Bishop Edward and Pastor Cheryl Smith for 14 years. He returned to New Orleans in March/2021. He also returned to Faith Temple and as often as his health permitted, he served as the Elder Deacon until his death. He leaves to mourn his death, two sons, three step daughters, three grandsons, one granddaughter, one great granddaughter, one brother, three sisters, and a host of nieces, nephews, and other friends and relatives.
A Homegoing Celebration will be held on September 14, 2022, at Charbonnet Funeral home, 1615 St. Philip St. NOLA 70116. Host Pastor, Bishop Gladier D. Dalton, Pastor of Faith Temple Church of God The Holy Ghost Center, Officiant, Bishop Jerone J. Dabon, Patriarch Faith Temple Church of God. Interment, St. Vincent DePaul Cemetery #2.
Due to Covid 19, face masks and social distancing are strongly encouraged. Final arrangements are entrusted to MJR Friendly Service Funeral Home, 7803 Florida Blvd, Denham Springs, LA 70726.

To order memorial trees or send flowers to the family in memory of James Dabon, please visit our flower store.